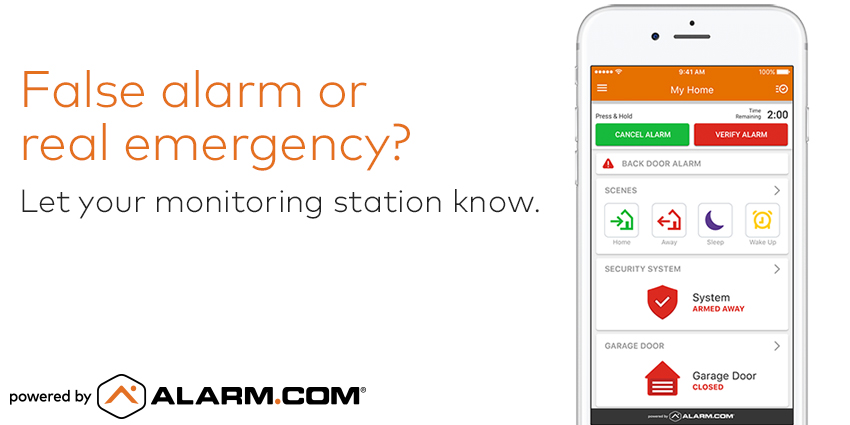 When it comes to security systems, how can you be sure if it’s a real emergency or just a false alarm? False Alarms have created a stigma in the security industry. Emergency personnel spend countless hours responding to alarm calls, many of which are determined to be false. Cities all have different ordinances of how many false alarms you are allowed to have before you receive a fine. With latest features integrated with our technology, we can show you how to prevent future false alarms.

Since when was being notified on a text message or receiving a phone call when a security system triggered not enough? How can you truly be convinced it’s a real emergency? By adding video surveillance or image sensors to your existing security system, you can have a visual of what is really going on at your property. By being notified of intrusion with an actual visual, you can verify intrusion or if something was set off unintentionally.

Not only can you see, but now you have the capability to hear what’s going on as well. With two-way voice technology that was developed to capture audio when an alarm is triggered you are now able to verify a false alarm via audio and voice, just in case you are unable to get to your phone or computer. With this installed speaker, that operates as both a siren and a two-way speaker. Once your alarm is triggered, the monitoring company can verify response through the speaker. In the event that you are not present, and it’s a bad guy there, the speaker will capture audio that may benefit you in catching the criminal’s voice that may be used later to identify the burglar.

Not only is it convenient to control your security system and smart devices from one mobile app, but now you can use it to verify a true emergency and to cancel dispatch on a false alarm in your home or business.